Every day, 44,000 people around the world are forced to flee their homes because of violence, persecution, human rights violations, natural disasters, or climate change. On this World Refugee Day, we’re putting the spotlight on three communities that grapple with those realities every day. 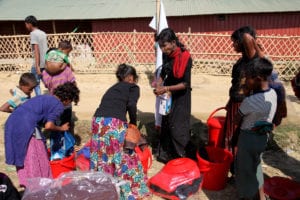 Rubina was one of the 700,000 Rohingya refugees who fled to Bangladesh from Myanmar two years ago. Life in Myanmar was tough for Rubina and other Rohingya women and girls who were excluded from their basic rights.

The violence eventually forced her to leave her home with her uncle and find safety in Cox’s Bazar, Bangladesh, where she is now staying in a refugee camp with her brother and sister.

ActionAid is one of the only organizations in Bangladesh running an entirely locally-led response to the Rohingya refugee crisis. We have been supporting Rohingya refugees with dignity kits that include clean clothes, pads, soap, sandals, and blankets – all delivered in a reusable bucket.

“We couldn’t bathe or wash the clothes properly before as we didn’t have anything to fill the water with. The bucket will be very helpful. I can now bathe, wash my clothes and bring water to my home by using the bucket.”

Indigenous communities fighting for their land rights in Guatemala

Julio, a community leader in Guatemala, tells how international corporations are destroying his community. They are depleting natural resources, pushing Indigenous people off their land, and replacing them with plantations that produce palm oil, rubber, and bananas for export. The few who remain are getting sick because these companies are polluting the water and emitting bad odors.

“The lack of access to land has served as a catalyst for people to emigrate. The people here don’t emigrate because of violence. Emigration basically happens because of the lack of work opportunities.” 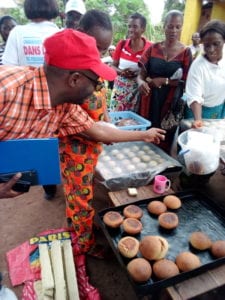 Since 2017, conflict in the Democratic Republic of the Congo has displaced roughly 4.5 million people. ActionAid, in partnership with the United Nations Refugee Agency, has supported more than 26,450 people who lost their homes, by working with women leaders to address gender-based violence, food insecurity, and health needs.

Even as we provided immediate assistance, we made sure that people had opportunities to sustain themselves long-term. Funds were distributed to women to start their own businesses, from making soap to baking cakes. Many women are now able to use the money they earned to provide food for their families as well as pay school fees for their children who had to drop out because of the conflict.

Step up with refugees

Through supporting these communities, we witness and learn from the strength of people who must flee, decide to stay, or have no choice but to stay. On World Refugee Day, we take the opportunity to amplify their stories and voices. And we look to their leadership as we build a more just and peaceful world together.

The DNC got it wrong on a climate debate