From Local Communities to the United Nations, Women Farmers Make Their Voices Heard

Leaving their farms at first light, Mary Afan, Sarah Yapwa, and Lovelyn Ejim traveled upwards of nine hours on foot, by bike, and by bus. They came from across Nigeria to join me in an unassuming hotel conference room in the Asokoro region of Abuja.

The three women are local farmers who have been involved with ActionAid’s Public Financing for Agriculture project. Together with thousands of other local women farmers, they’re shaping government policies that impact how they farm their land, and making sure their voices are heard on how their country’s agriculture budgets are spent.

As the meeting opens, we go around the room, sharing our expectations for what we will each take away from the gathering. All three of the women are integrally involved in the work ActionAid is doing in Nigeria, and across the African continent. I’m blown away by their deep commitment to supporting other women farmers, their eloquence in talking about agricultural budgets and the magnitude of what they’ve been able to achieve.

As we near the end of the first day of meetings, Mary, Sarah, and Lovelyn take their seats at the front of the room for a panel discussion on how the project has impacted their lives and their communities. When they begin to speak, the enthusiasm is palpable. 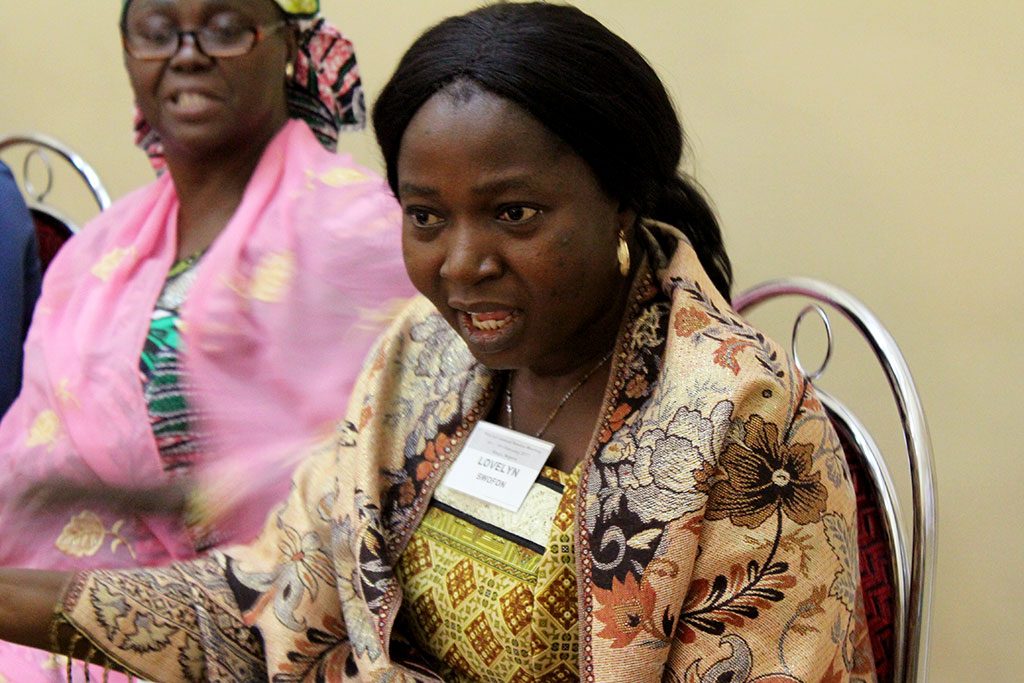 Sarah, who alongside ActionAid founded a nationwide local women’s farming organization in Nigeria, started working with us a few years ago. At the time she hardly knew what a government budget was, much less how to read it. She explains that ActionAid taught her to read her local agriculture budget, which enables her to hold government officials accountable for distributing the funds, fertilizer, and other farming tools she and her community members need to support themselves and their families.

She said, “We now understand the budget. Even some of the legislators have never seen the budget. But we know where to find it, how to read it, and which questions to ask.”

And it’s not just local government officials who the women are holding to account. Mary recently attended an African Union meeting in Addis Ababa, Ethiopia. At the end of the meeting, when she had not been given an opportunity to speak, Mary stood up and exclaimed, “I have come all the way from Nigeria, sponsored by ActionAid, and I will not go back without having my voice heard!”

The government officials from across the continent gave her the floor, and Mary shared her experiences, ideas and demands. And they listened.

Most women come into this project having been taught that women should have no role in government, and many of the women are afraid to speak to men in positions of power. But with training from ActionAid and our local partners, the women gain confidence, and then pass their learnings on to other women in their communities.

Now, Sarah explains, “When we talk to our officials … we feel like professors.”

With support from ActionAid, women in Nigeria and across the continent are making sure they have the tools they need to stand up for their rights and run successful farms. And they’re not stopping there. Later today, Mary and Lovelyn will speak to representatives from governments around the world at the United Nations in New York. These incredible women are taking their message to the governments that facilitate and fund the big agriculture projects that put their land rights and livelihoods at risk.

Together, they’re making huge progress and claiming their rights. Hajia, another rural farmer I met in Nigeria, perhaps put it best when she proclaimed, “ActionAid is power!”

Why I’m Decolonizing My Life and Following Our Native Leaders