Financial companies are speculating on farmland, threatening rural communities and grabbing land from family farmers and farmers of color

Financial companies are increasingly buying up farmland and timberland in rural communities all over the world, hoping to control more natural resources as global population increases and as the climate crisis destroys arable land. Of course, these land deals cause deforestation, violence, forced displacement, and agribusiness operations that use up all the water and pollute the waterways that remain.

more than 2 million acres of farmland in the U.S. and around the world worth over $8 billion.

Financial companies are speculating on farmland, threatening rural communities and grabbing land from family farmers and farmers of color

The financial firm TIAA (Teacher’s Insurance and Annuity Association) is one of the largest financial companies in the U.S. – managing almost $1 trillion in retirement assets for almost 5 million college, university, and non-profit workers – and claims a reputation for social responsibility. Yet it is buying farmland in places like Brazil where land grabbing and fraud are widespread, and in the U.S. where family farmers, farmers of color, and young and beginning farmers are being wiped out by corporate agribusiness. These land deals are destroying the environment and displacing rural and indigenous communities.

Since 2016, ActionAid has joined with Rede Social, Grain, National Family Farm Coalition, Uprooted and Rising, Friends of the Earth US, Maryknoll, Presbyterian Hunger Program, Grassroots International, Family Farm Defenders and others to form the Stop Land Grabs campaign to fight these corporate land grabs. Our campaign is exposing the role of the financial services sector and higher education institutions in driving land grabs and environmental destruction across the United States and the world.

The Stop Land Grabs Campaign is also mobilizing faculty, staff, and students on campuses across the United States to demand that their institutions stop taking land away from local farmers and communities, and to publish the boundaries and detail the practices on their current land holdings.

With 2 million acres in Brazil, the United States, and Australia, TIAA’s farmland holdings are worth almost $8 billion. Its activities are contributing to and benefiting from the dispossession of local communities and increasing hunger and violence. In many communities, TIAA’s presence alone is driving up land prices and making it that much harder for family farmers to hold onto their land. Furthermore, TIAA’s farmland deals come at a heavy ecological cost.

The Stop Land Grabs campaign has brought these issues to TIAA’s attention on numerous occasions. Most recently, ActionAid supported Brazilian land rights defender Altamiran Lopes Ribeiro to visit the United States for a speaking tour and to build public support for the campaign. Altamiran joined ActionAid to deliver a petition of more than 38,000 signatures to TIAA’s Washington, D.C. office, urging the company to stop buying up farmland in Brazil.

We also supported Altamiran and a group of local communities to file a complaint with the World Bank’s Inspection Panel. The complaint stated that the World Bank’s land regularization project was making it possible for land grabbers to legalize the lands they had taken and was failing to prioritize the land rights of communities who had long used the lands collectively. We met with the Inspection Panel twice during 2020 and by the second meeting, 13 communities in Piaui state reported that World Bank staff and state officials were advancing recognition of their land rights. This was a big win!

Most recently, Brejeira Salto, a community whose land rights were threatened by a large soybean company, SLC Agricola (the largest company farming for TIAA in Brazil), became the first of the communities to receive full recognition of their land rights, while titles for the others remain in process. This is progress, but the land rights of hundreds of additional communities are still under threat. ActionAid will keep pressuring governments and international institutions to recognize these land rights and insist that agribusiness halt deforestation and expansion in the Brazilian savannah region known as the Cerrado.

Why should TIAA get out of farmland?

TIAA is contributing to deforestation and environmental destruction.

TIAA is violating their own principles for social responsibility.

TIAA is speculating on the price of farmland and hurting family farmers everywhere.

TIAA is profiting from the theft of farmland from people of color in the U.S. and making it harder for them to reclaim land that once belonged to their family.

TIAA refuses to take meaningful action and points to their reputation for social responsibility, a claim that the Stop Land Grabs campaign rejects given the company’s involvement with land grabs. TIAA’s leadership must be held accountable for funding land grabs and respect human rights.

What does TIAA need to do?

Speculation on farmland harms rural communities and family farmers. It fuels deforestation and destructive models of agriculture. We need to pressure TIAA to stop buying up farmland now and repair the damage it has caused.

These are our demands:

Since launching in 2016, the campaign has celebrated several wins:

Take action with us!

Faculty and staff at colleges and universities across the country are launching their own campaigns to hold TIAA accountable and keep workers’ retirements out of farms and forests. Join us! 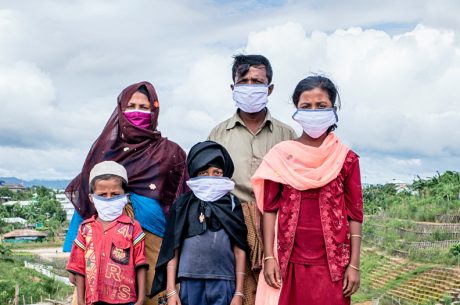 On the frontlines with refugees around the world
Next 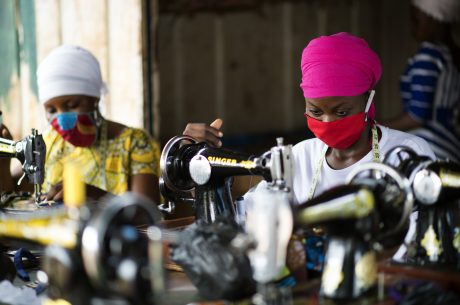 Stopping the spread of Covid-19: stories of change from the frontlines of Africa