Champaign County is the home of the University of Illinois and some of the richest farmland in the world. It is also home to Westchester Farm Services, the TIAA subsidiary that manages most of their farmland in the United States.

Tracking down Westchester staff proved quite difficult. Prior to my visit, I asked to meet with them to learn about their farming practices and was informed that everyone had pretty much left for the winter.

I also contacted the TIAA Center for Farmland Research at the University of Illinois, which TIAA highlights in their annual report as benefitting farming communities, but I did not receive any response.

In Champaign I asked a farmer who has been a leader in farm organizations about the research center. He had never heard of it.

“I think the land market research they are doing is probably more for the benefit of investors”, he said.

The very first TIAA field I visited in Champaign County surrounded abandoned farm buildings and a house with siding that was falling off. 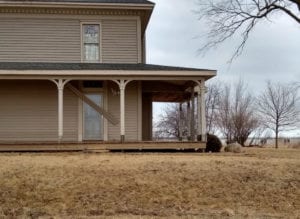 Plowed and bare, the land showed no sign of cover crops, windbreaks or any sustainability measures. It was mostly flat, with a severely eroded hillock bordering the neighbor’s field and with a stream flowing through it. This was a pattern that I would see repeated in other counties I visited. In total I found four abandoned houses near TIAA-owned fields – vast expanses of plowed land left bare over the winter, multiple instances of soil erosion. 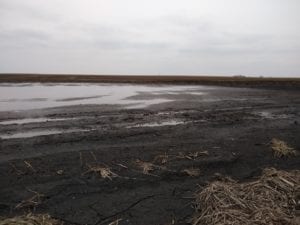 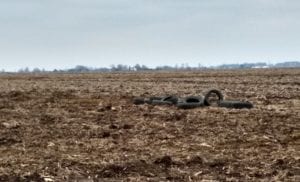 I did run into a farmer who works land owned by from TIAA, digging a sign post on the edge of the field. “This land used to belong to my family,” he told me. “But a relative sold it to Westchester, and now I lease it back from them.”

“How do you like farming for TIAA/Westchester?” I asked him.

“To tell you the truth, I don’t care for it,” he told me. He asked that I not use his name and said he wished he didn’t have to deal with a farm manager like Westchester. “They just take profit off the top and tell you to do stuff that you already know how to do.”

But, he explained, he has to deal with them because he only has 200 acres of land, and that isn’t enough to make a living growing corn in rotation with soybeans.

“Right here in Champaign County is the heart of the battle for the land,” he said. “There is cutthroat competition.”

Another farmer in Champaign told me about wanting to buy a neighboring farm so that his children would have sufficient land to make a living at farming. Instead at the last minute an investor with money from a corporate restaurant chain swooped and offered more than he or the neighbors could afford, leaving him with a bitter taste “I still don’t eat there,” he told me.

With commodity prices being low, young farmers have no chance of owning land when companies like TIAA have billions to invest in farmland, betting on a future when it will be scarce.

It turns out it’s easier to get a loan for equipment than it is to make a down payment on land. The farmer said that it was more feasible for him to make a living by leasing larger equipment that allows him to cover more rented land quickly, that to try to compete with the investors in farmland.

This to plant more land is mostly benefiting big agribusiness, while forcing additional families off the land. Concern about farmers becoming serfs for companies like TIAA, and Bayer-Monsanto is now part of the conversation around kitchen tables and village coffee shops. 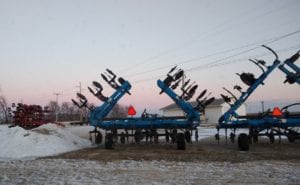 By buying up of farmland and leasing it to large-scale farm machinery operators, TIAA is closing the door on policies that could revive the more diversified farming that used to underlie healthy local economies. In contrast, these soy and corn operations employ very few people and import their goods and services from even fewer suppliers at great distances, effectively killing local economies.

This was evident when I visited TIAA farms in McDonough County. I happened to arrive on the same day that the Western Illinois University campus in the county announced it was laying off 132 faculty and staff, due to a long decline in enrollment, from 11,400 to 7,300 in the last decade. 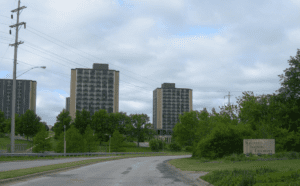 More than 22% of residents of McDonough County live in poverty, while 16% of the county population suffers from food insecurity. Yet unlike the farms of only a generation ago, TIAA’s soybean and corn farms will do nothing to provide food or jobs for local people. It’s no surprise that young people are abandoning this region, and many of those who remain are not able to afford to go to college.

My visit to McDonough County took me to TIAA’s properties near the town of Blandinsville. Once a bustling village of over 1,500 people, Blandinsville served a large surrounding community of farmers. But the population went into decline with the farm price crisis and the loss of diversified farming in the 1980’s. Today only 600 people live in Blandinsville. One of the many empty storefronts held a sign for an out-of-business brand of tractors. On the bright side there were signs of winter life at a bar and the public library. 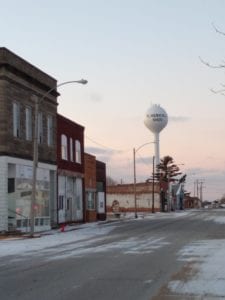 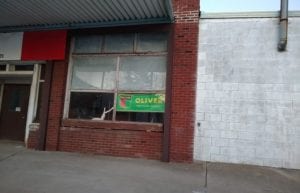 Oliver tractors were incorporated into the AGCO brand in one of many mergers. Photo: Doug Hertzler/ActionAid 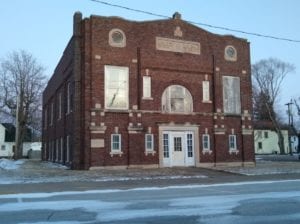 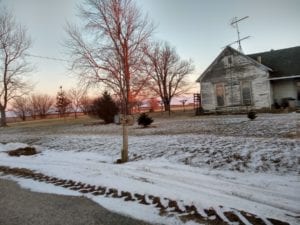 A house next to TIAA’s “Knight” farmland in McDonough County. Photo: Doug Hertzler/ActionAid 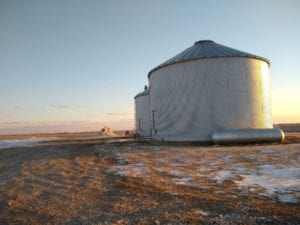 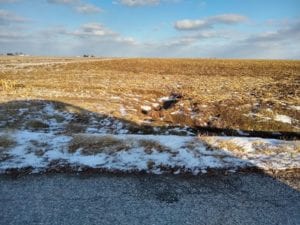 TIAA’s accumulation of farmland isn’t helping their faculty clients from Western Illinois University who just lost their jobs. In fact, it’s contributing significantly to further decline of agricultural areas in the U.S. and threatening the right to food and damaging the environment in Brazil.

The problem isn’t just that TIAA is the world’s largest owner of farmland. It’s that they are seen as leading the way in the corporate ownership of farmland. TIAA executives are the keynote speakers at conferences of farmland buyers. TIAA led the writing of the Principles of Responsible Investment in Farmland which are being used as a curtain for other banks and funds to hide behind. These same poorly defined principles are undermining stronger consensus-based international agreements, such as the UN Guidelines on the Governance of Tenure of Land, Fisheries and Forests.

We should not be fooled by TIAA’s reports. We need an entirely different kind of investment in agriculture that supports diversified family farms and farming communities everywhere and focuses on producing and consuming much more food locally.  This kind of investment needs public support. In the U.S. we need a Green New Deal that includes family farming.

Perhaps there is a place for investment from retirement funds to be working in the public interest, but before we can find that place, investment funds like TIAA need to listen to their clients and address the harm that is occurring through land grabbing and accumulation.

The picture isn’t completely bleak. In both rural Illinois and northeastern Brazil, there are lots of reasons to be hopeful. People and organizations are working to strengthen communities and create a healthier environment. In Brazil, a large campaign has been organized to protect the Cerrado, and local organizations are connecting communities with international solidarity campaigns to protect their land rights. In Illinois, a statewide organization is bringing together people of different faith backgrounds to advocate for climate justice and support for family farming. During my visit I heard about community-supported agriculture in Champaign County and about farms that that are engaged in diverse livestock and crop production systems that protect the watershed.

TIAA needs to return to communities in Brazil all land that was illegitimately privatized, even if it was done by earlier land grabbers. In regions of the US where TIAA has amassed farmland, company leadership should engage with local communities and family farmers organizations to facilitate the return of the land to locally based owners. TIAA should set an example for others by supporting reform of land policies to protect and promote the land tenure rights of indigenous peoples, local communities, households and individuals, especially women and marginalized groups. TIAA should invest in food systems in ways that support locally controlled agriculture and food production that meets the needs of local communities, contributing to food sovereignty and broader food security.