It was 6 AM and as the sun was coming up, I was standing on the top of a mountain in Kalikot in Northwest Nepal with an official from the Ministry of Agriculture.

He pointed across the valley to a small spot of land high up on the next mountain and told me that’s where I would be visiting today, a mountain village called Bharta. Just as we were loading up our gear and heading out for the day he said: “Oh, but you won’t see much there. It’s a poor Dalit community and the project hasn’t really taken off there.”

But the local nutrition worker who worked with this project that combines three elements – support to farmers to increase their yields, improve the quality of their livestock, and improve nutrition – and was coming with me, was adamant that we shouldn’t change our plans. So off we went.

It was with nervous anticipation then that we hiked up the mountain trails to get to the village of Bharta. Stomping through mountain streams and up muddy trails, the path suddenly opened up in front of us, and what a sight it was.

I can only describe it as something like a scene from The Shire in The Hobbit. Everywhere we looked we saw small terraces bursting with food. There were tomatoes, cauliflower, cabbages, potatoes, and a load of other things that I didn’t recognize! 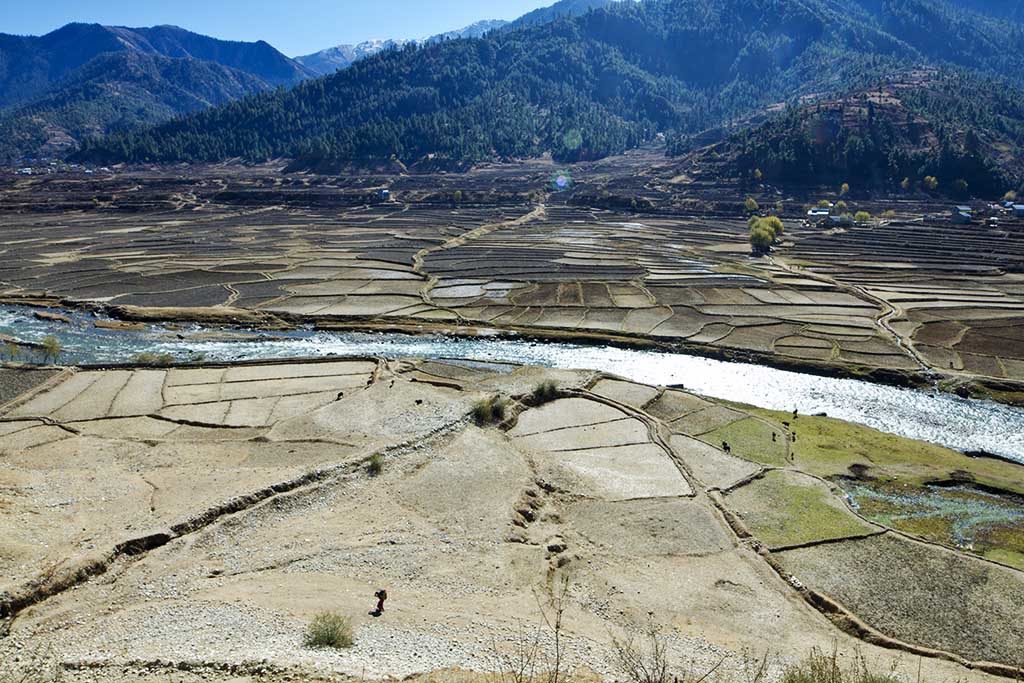 Tark Raj Shahi, a local technician who works with the UN Food and Agriculture Organization and advises the villagers on this project, met me up in the village. He told me: “When I first got here, the villagers were planting rice and wheat, but their technique wasn’t good. They would sift the seed and plow in the traditional way, so in some places there would be a lot of crops and in others there would be none.

Our guide for the day, Sabitra Upadhaya, who had insisted that we come here told me how they’d gone about it: “Initially we had an agriculture school and we produced vegetables and fruits from here. After that, we have been teaching them how to consume nutritious food in every meal.”

The AFSP project has not only supported farmers to diversify the crops they are growing, but has also introduced new breeds of chickens into the community with the eggs serving as an important protein source.

“The New Hampshire chicken which we are providing them with lay a lot of eggs. We’ve been teaching local people how to make an omelet and how to boil an egg.” 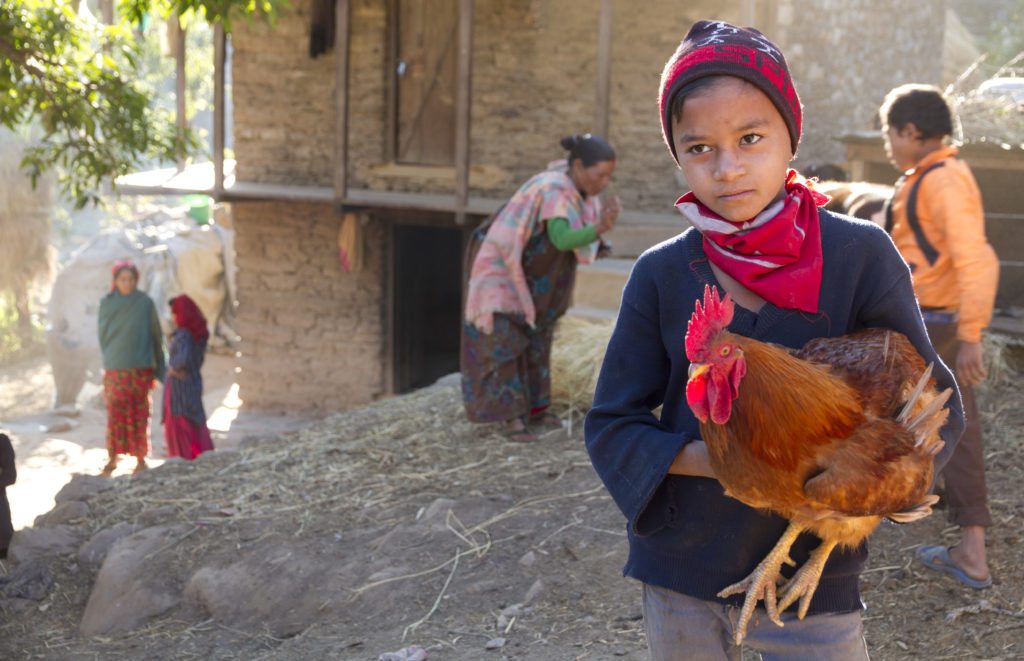 Nimisha Shahi Malla who was part of the project told me: “We raised chickens before, but when the food security project gave us animal husbandry schools, then it has improved a lot. Now, we are more capable and raising more chickens.

“If we feed pregnant women eggs and meat, then they will give birth to healthy babies. The pregnant women will also be strong and the children will be mentally developed and able to learn to read and write.”

Thanks to the changes brought about by the project, nutrition has greatly improved. The amount of food they’re able to produce from the tiny terraces that cover the mountain has dramatically increased, and eating habits have changed.

I left Bharta with Tark’s words ringing in my ears: “Once the AFSP is completed, the villagers will not go back to their traditional ways. They will continue the new ways they’ve learned by planting vegetables because their attitude has changed. Their children are healthier and they continue to move forward in new ways.

“I think the community has barely started to learn how to dance. Once they perfect their dancing techniques, they will go out of the community to show their skills.

“Everyone will invite them to learn their skills.”