Nearly 7 years ago today, Haiti was hit by a huge earthquake. More than 300,000 people lost their lives and many more were injured.

In total, 1.5 million people were left homeless and in urgent need of emergency supplies such as food, clean drinking water and blankets. Led by our local staff – some of whom lost their own homes and family members – ActionAid was quick to respond. 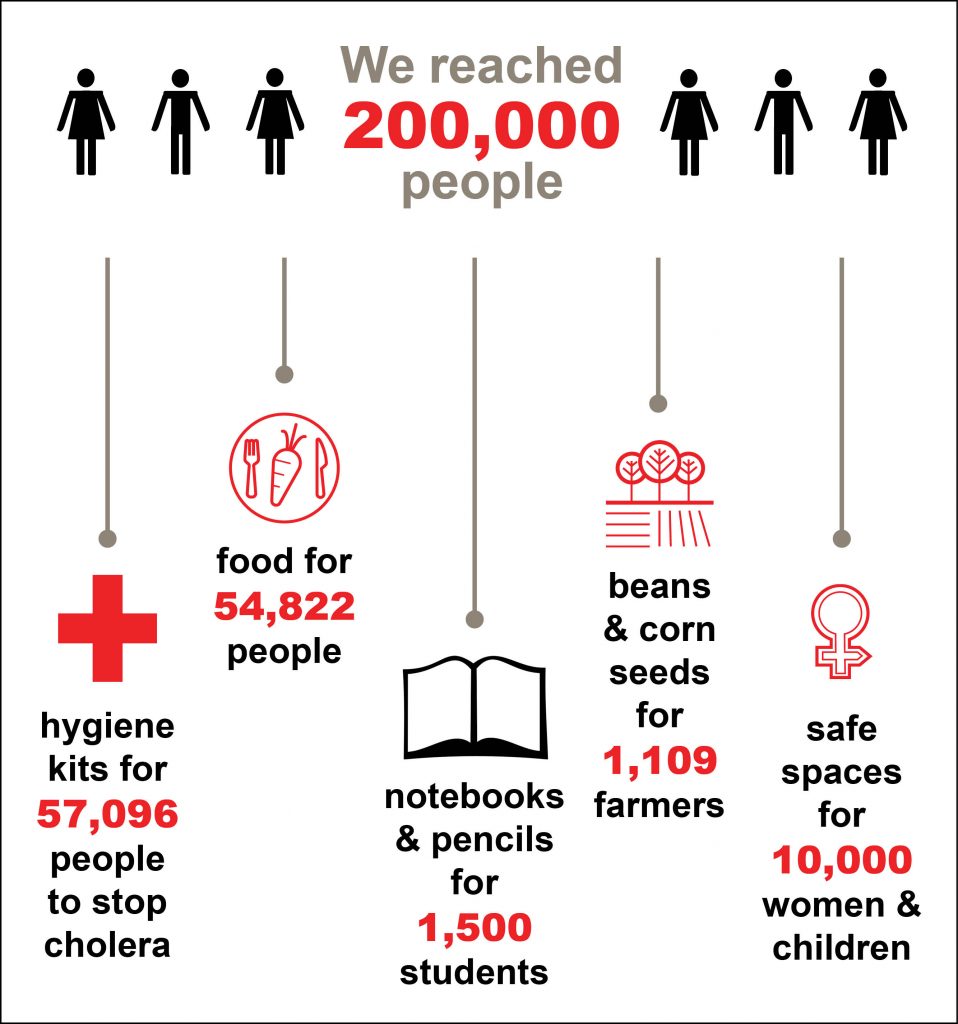 Packed together in emergency shelters, without access to bathrooms and clean water for washing, the threat of deadly diseases like cholera grew massively. Hygiene kits distributed by our local teams, gave local people the supplies they needed to protect themselves and their families.

But having worked in the country since 1997, our teams knew that people in Haiti would need long term support as they rebuilt their lives. With their houses destroyed, many people lost all their possessions. Without notebooks, pens and other materials, kids were unable to attend school and continue their studies. So we helped them out with what they needed to return to their classrooms and continue their education.

Making sure people had enough food to eat was really important straight after the earthquake, but with farming providing more than 60% of jobs in Haiti, getting production restarted was vital for supporting Haitians to rebuild their homes and lives. Many crops had been destroyed by the quake, and seeds for replanting were in short supply, so we worked with more than 1,000 local farmers to secure bean and corn seeds so they could replant their crops.

Haiti is particularly vulnerable to disasters like earthquakes and floods, due to its location on two major fault lines and the increase in storms and extreme weather due to climate change. But rather than accept that this was going to happen again, many Haitians wanted to know what they could do to prevent a disaster on such a scale happening again.

Joanne Moise from a village called Jacquet was one of them. She is the leader of a women’s group in her village that is supported by ActionAid. After the earthquake, they recognized that women and girls in their community were especially vulnerable to abuse, so they set up a series of workshops for people within their community to know what to do to protect themselves.

“My role as a woman coordinator is training others to understand the rights of women, talking to people, helping support the community to prevent sickness. We have created a group of women who come together in solidarity. Even washing our clothes, we do it together. We sell our products together. So we have created a strong relationship to support one another.”

Rebuilding their houses and businesses takes time, but the women haven’t only shown that they’re better placed to respond such disasters, they also feel safer themselves. As Joanne proudly says, men in her village now respect the women, allow them to take leadership positions, and no longer beat their wives.

“If one member of the group has a problem, it’s a shared problem. And we all help to solve it,” she says.

Joanne and the members of her group are doing amazing work, but they still need your help. Please make a gift today and help them build safer, stronger communities in Haiti. 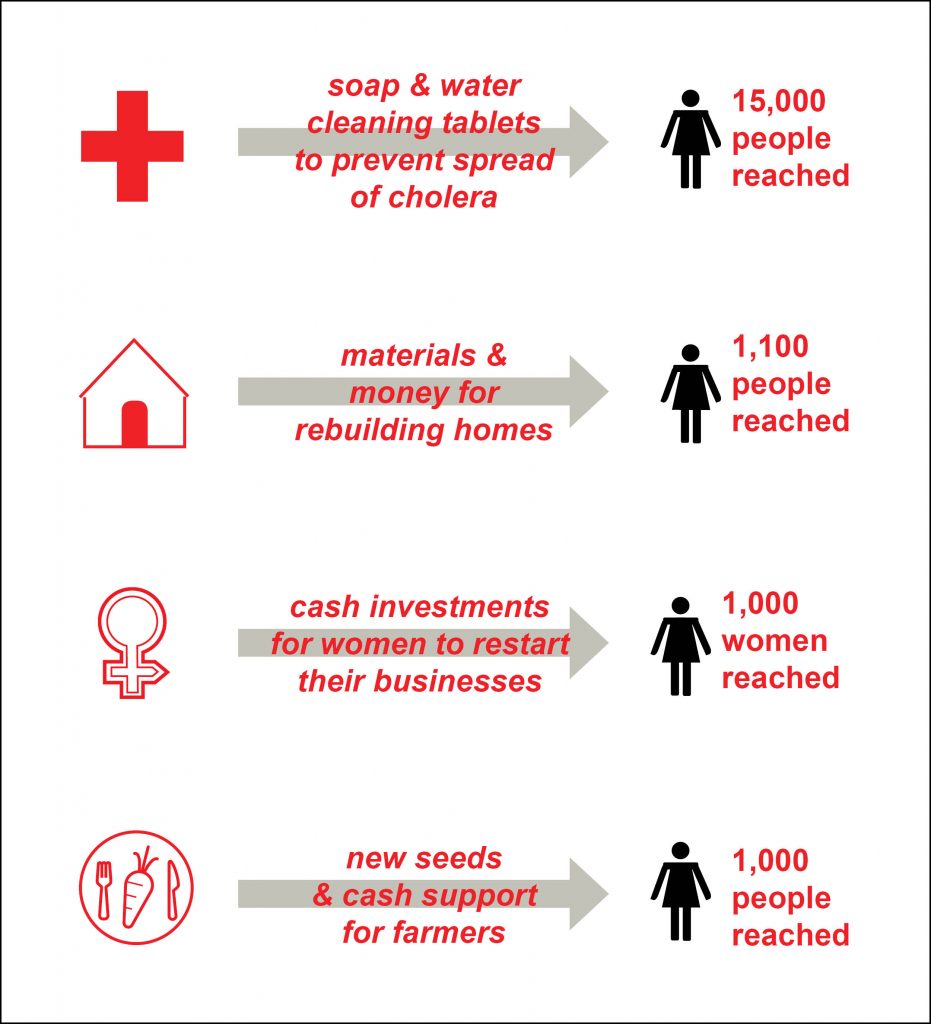 #WhyIMarch: Why I Joined the Women’s March on Washington