In October 2016 nearly 400 local women farmers from 22 African countries convened at the foot of Mount Kilimanjaro, Tanzania, to share the struggles that they face and to call on their decision-makers to stand up for women’s land rights. The women produced a charter of demands and presented it to the African Union. They were asked to present their demands at the United Nations in 2017.

Local farmers produce close to 80% of Africa’s food. The overwhelming majority of these farmers are women. From sowing, weeding and fertilizing to processing and transporting of products, they play a vital role in feeding more than one billion people.

Even though they do most of the work, in many countries, women don’t have control over the land they farm. Even if the national laws now allow them to, their families and cultural rules often don’t.

But it’s not just a question of having rights to the land they farm. To grow food, all farmers need access to productive resources like water – and this is another area where women’s rights are often denied.

To make matters worse, many African governments together with donor governments like the United States are actively encouraging large plantation-style investments in African countries, which produce food and biofuels for export. These large agribusiness projects often rely on large amounts of chemical fertilizers and often provide only seasonal, low-paying jobs for local people.

Local women farmers are already feeding much of the continent, even while their rights are being denied. Imagine what these amazing problem solvers could do if they have secure land rights and have guaranteed access to local and national markets! 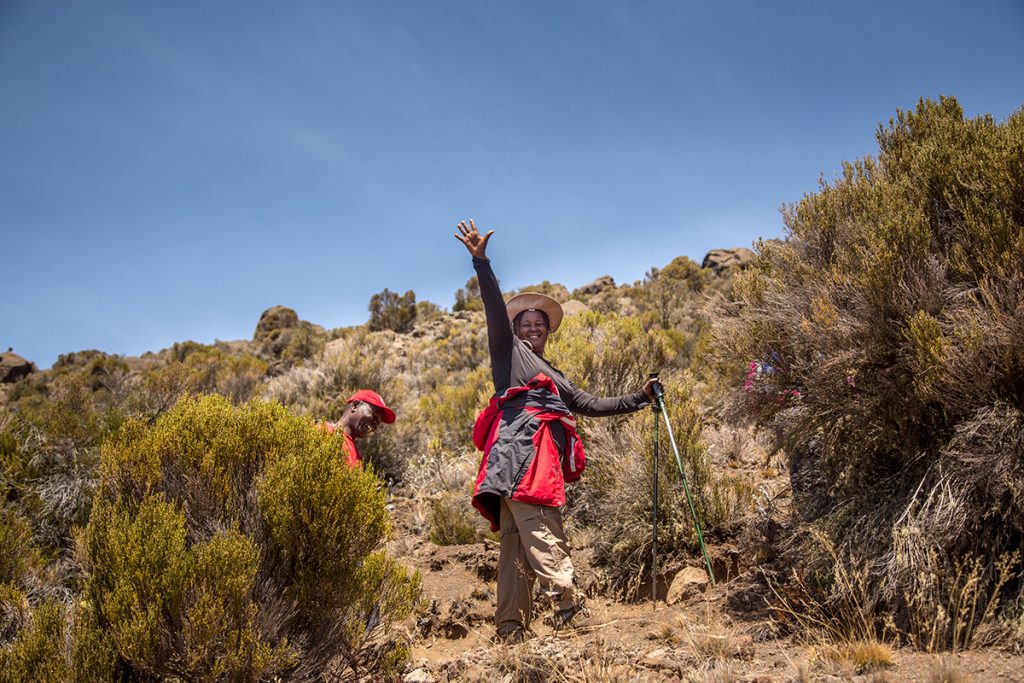 ActionAid supports local women and their communities across the world to resist attempts to take their land, and to claim their land rights. We know that for many women, their land is their life. It provides food to feed their families and a reliable source of income which they can use to send their kids to school and pay for the things they can’t grow.

We support networks of women farmers across the African continent – groups of women who are determined and committed, and motivated to change the world around them.

Almost 400 of these local women from 22 African countries came together at the foot of Africa’s tallest mountain, Mount Kilimanjaro in Tanzania, to share the struggles that they face and to call on their decision-makers to stand up for women’s land rights. 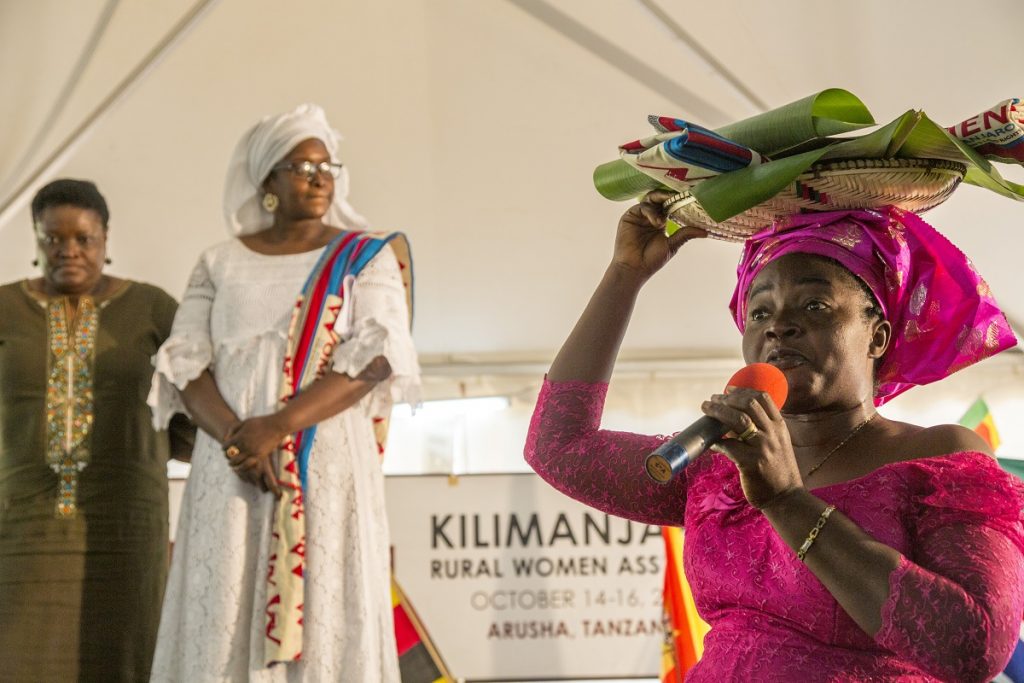 The women produced a charter of principles and demands that specifically focused on women’s access to use, control, own, inherit and dispose of their land and natural resources. Lovelyn Ejim Nnenna, the Chairperson of the Rural Women’s Council, presented the charter on behalf of all of the women to the Chairperson of the African Union Commission, represented by Ouriatou Danfakha.

To draw attention to their demands, a group of 29 women representing the millions of local women farmers across the African continent climbed to the top of Mount Kilimanjaro. When they successfully returned, they were met at the foot of the mountain by the group of 400 women, who waited to receive their heroines.

In March 2017, the women presented their demands at the UN Commission on the Status of Women, the world’s largest platform for women’s rights issues, held at the UN Headquarters in New York. Addressing representatives from various African governments and farmers’ associations, they discussed the work they’re doing in their communities to defend women’s land rights and to break down barriers to women’s access to land and resources.

Among the speakers was Mary Afan, President of the Small-scale Women Farmers’ Organization in Nigeria (SWOFON). Moved by her own experiences of being denied an inheritance to her father’s land, Mary organized with other women farmers in her community to advocate for their rights – starting at the local level, then moving to the state level, and eventually establishing a presence at the national level.

“They said, ‘You shouldn’t have gone that far. Come, let us talk. How do you want it to happen?’

Eva Daudi Mageni, President of the Pan-African Rural Women Farmers’ Forum, was also there. Eva has her own farm in Tanzania, where she grows pineapples, papaya, maize and beans. She’s also a fierce advocate for women farmers in her community. She recently helped a woman get her land back when it was taken by her husband. The land had been given to her by the government. Eva presented the woman’s case to the village council – an all-male body that women weren’t previously allowed to address – and won.

“Land is capital. Land means everything to a woman farmer.

“If I have land, I have everything. I’ll have something that I can use as an investment, to make changes, to create a job opportunity for other people.” 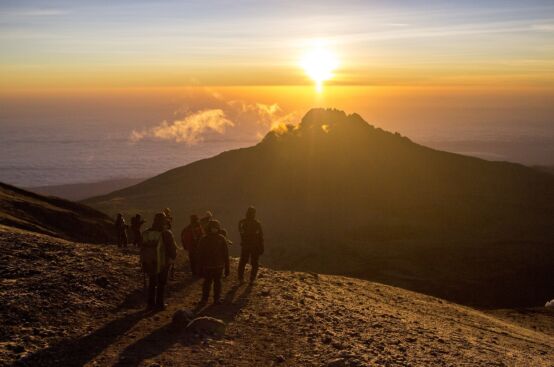 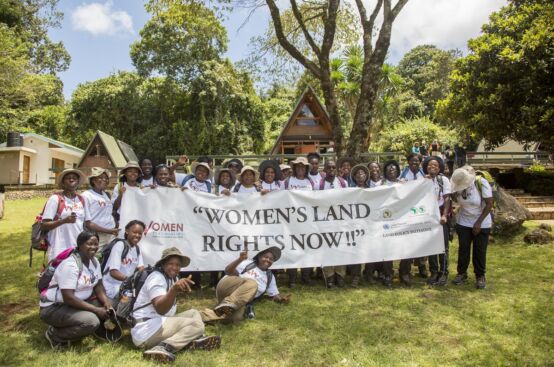 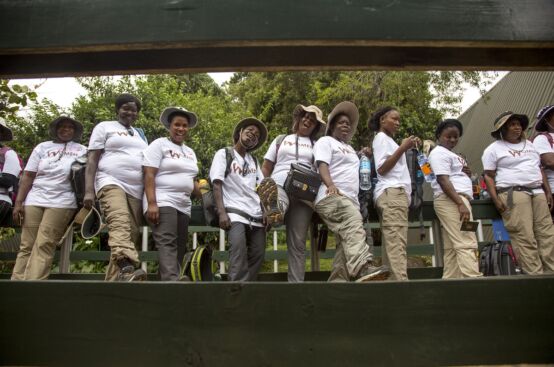 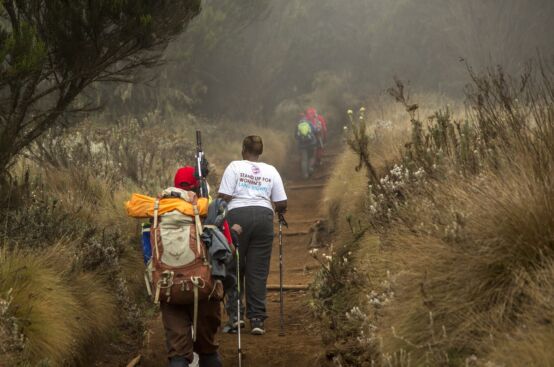 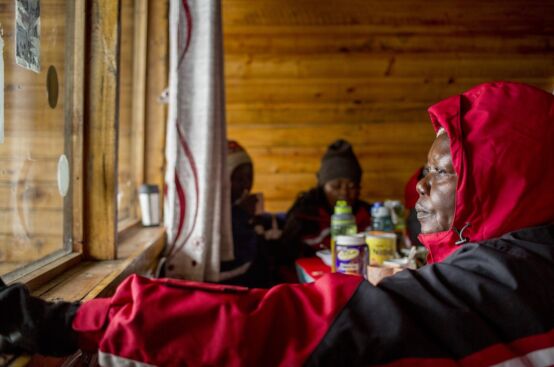 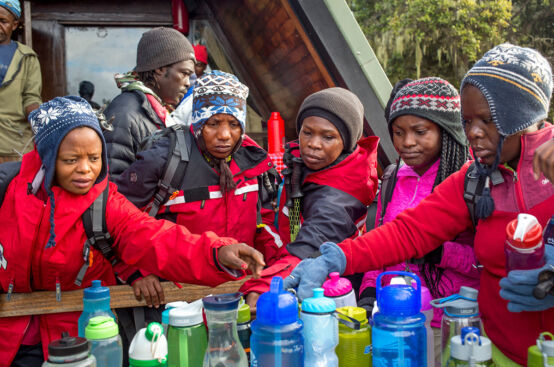 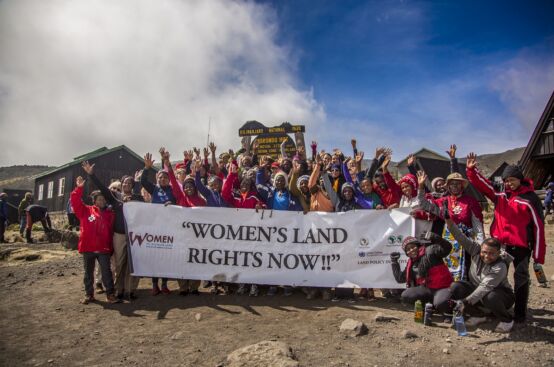 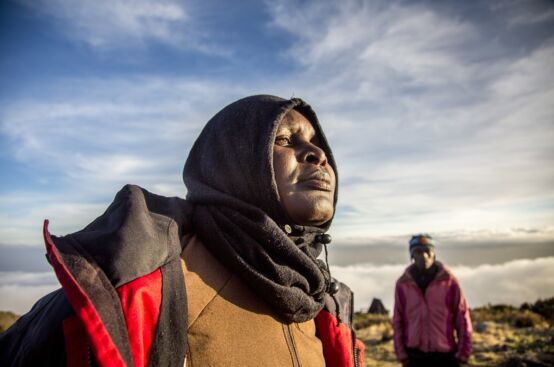 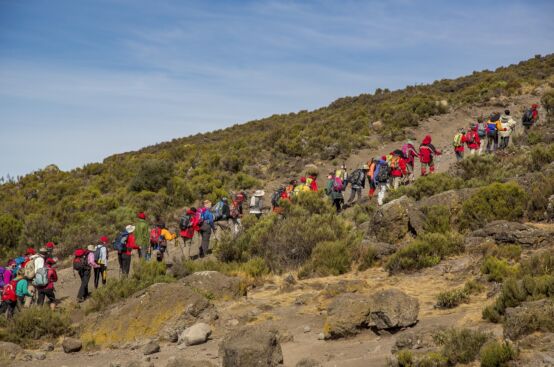 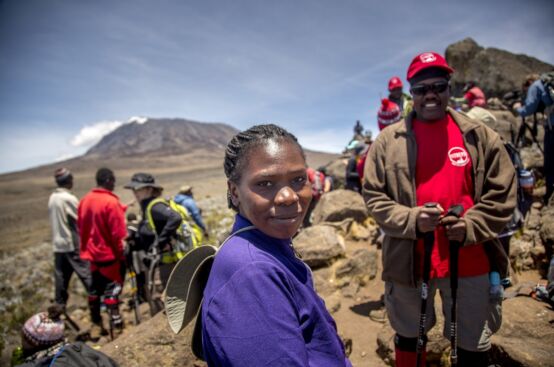 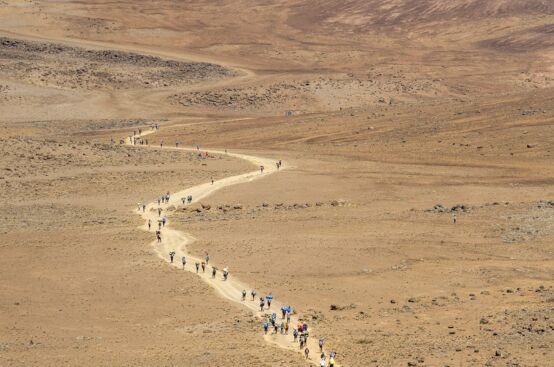 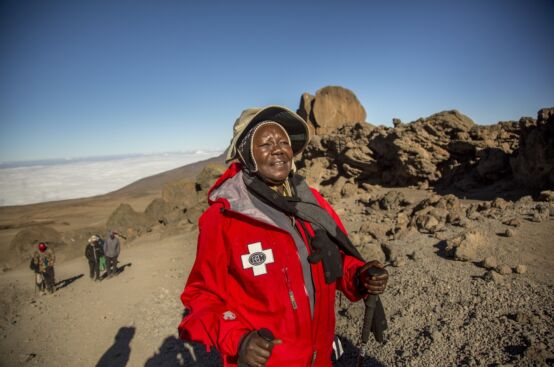 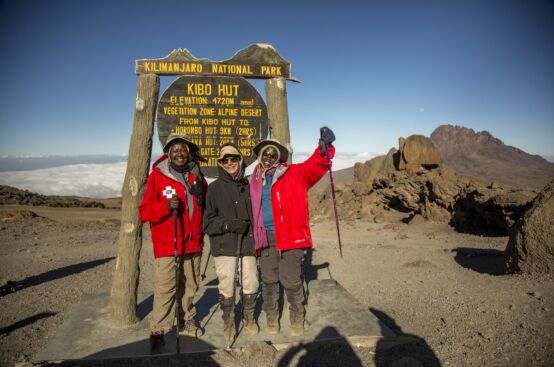 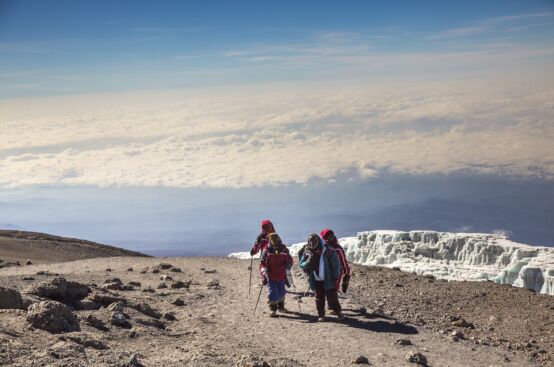 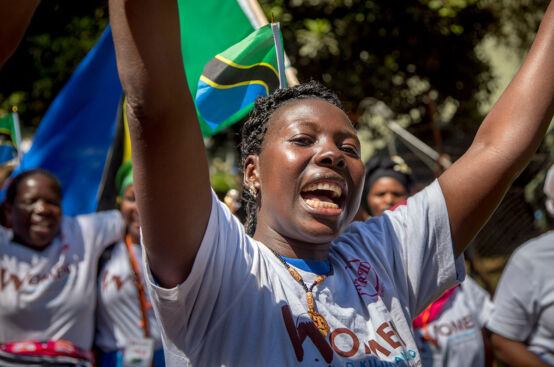 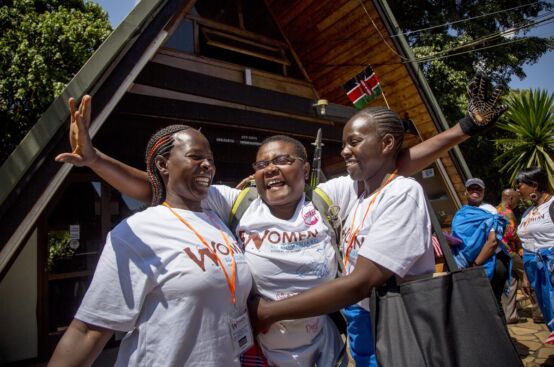 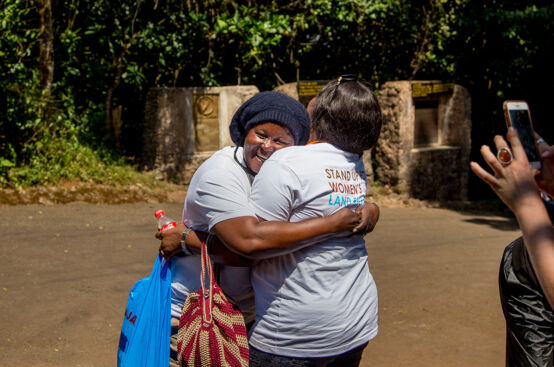 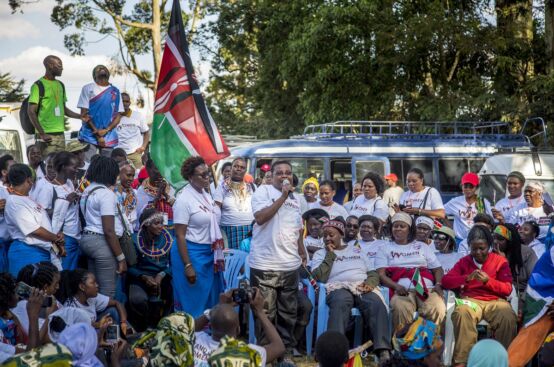 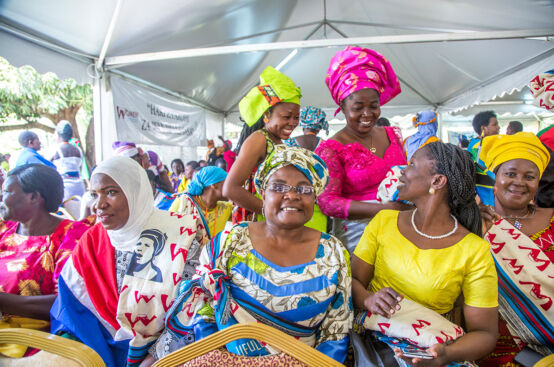 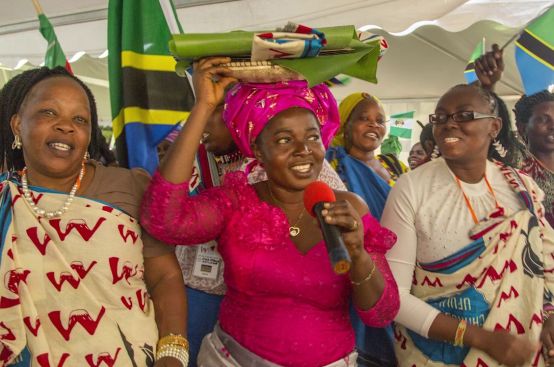