A Month of Climate Action

This month, we are taking a deep dive into how we can stay hopeful and demand the change we need to change the course and stop the climate crisis. Check out our resources below: 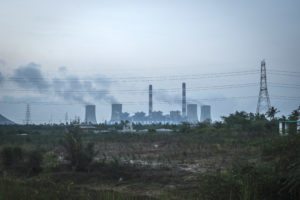 The Climate Crisis is Now: Who Needs to Do What

We know intuitively that a country like the U.S. should be doing more to solve climate change than a country like Senegal or Thailand. But what about countries like China and India? For three decades, U.S. politicians have been saying that it’s “not fair” for us to take action on climate if China, with its increasing greenhouse gas emissions, doesn’t do the same.

Climate Justice in the Food System

Agriculture and food security were ActionAid’s entry points into climate change work. Over a dozen years ago, we began hearing from farmer partners across Africa and Asia about changing rainfall patterns, increasingly frequent floods and droughts, soil salinization due to sea level rise and ocean encroachment. For all of these farmers, these climate disruptions were making it more difficult for them to grow enough food to feed their communities and sell to the market.

We’re seeing what author Christian Parenti called “the politics of the armed lifeboat” play out right in front of our eyes. The “armed lifeboat” is a rich country that, instead of working in community with the rest of the world to solve the climate crisis and support those harmed by its impacts, simply uses its privilege to take care of its own elites while shutting out climate refugees with increasingly militarized borders.

The United States is the armed lifeboat.

The climate action we need doesn’t leave workers behind

The climate crisis demands a response proportional to the threat. Climate action needs to start now, and emissions need to be cut dramatically and quickly. Addressing the crisis will require sweeping changes in every sector of the economy, from transportation to agriculture. And in order to make this systemic transformation work, we must make sure we’re not leaving any worker behind.

It’s easy to feel hopeless in the face of the climate emergency. The scale and pace of change required to solve the crisis is incredibly daunting. It’s become something of a recent fad for journalists to write articles lamenting that it’s too late, we’re all doomed, and we might as well give up now.

Two years ago Nathan Thanki, the coordinator of the Global Campaign to Demand Climate Justice, wrote a must-read succinct response to all of those articles. And after yesterday, we have a new response: our youth are discovering the power of collective action.

Climate Action and the Responsibility of the Rich

Join Brandon Wu, Director of Policy and Campaigns at ActionAid USA, and Sivan Kartha, Senior Scientist at the Stockholm Environment Institute, to talk fairness in global climate action. What does ambitious climate action look like for rich countries, who have done the most to cause the climate crisis, compared to countires like Rwanda or Guatemala, who have done the least? Tune in!

For decades, Big Polluters like Exxon, Shell, and others have spent billions of dollars simultaneously fueling and denying the climate crisis, delaying action, and pushing false “solutions” at every level — all while raking in billions in profits each year. And despite what their greenwashing advertising says, they’re still doing it, as are other major polluting industries like agribusiness.

That’s why communities around the globe are taking action toward holding polluting industries liable for the damage they have caused. We urge you to join them in doing so.