Within the industry, it is generally understood that RSPO membership can serve as an “onramp” to what, in corporate social responsibility jargon, is known as the “journey toward sustainability.” But the journey toward sustainability must begin from a baseline of proven ethical intent — and a number of recent signs raise serious doubts about the ethical intent of a wide swath of industry players in Guatemala.

Indeed, evidence has come to light that the Guatemalan palm oil industry writ large has been explicitly engaged in an effort to undermine democracy in the country — a fact that the RSPO cannot ignore.

Guatemala is widely recognized as suffering from one of the highest rates of corruption and impunity in the world. It ranks 143rd out of 180 countries in Transparency International’s Corruption Perceptions Index. In an effort to address the rampant criminality in the country, beginning in 2006, Guatemala’s Congress endorsed the presence of a U.N.-sponsored Commission Against Impunity, which worked with Guatemala’s attorney general to address political corruption and human rights violations against Guatemala’s majority indigenous peoples. But in late December 2018, Guatemalan President Jimmy Morales defied his country’s Constitutional Court and signed an order expelling the U.N. commission.

Among the strongest voices in support of this move was the Association of Oil Palm Growers in Guatemala (GREPALMA), perhaps the most powerful industry association in the country. Shortly after President Morales ordered the expulsion of the U.N. commission — an action widely viewed as an unconstitutional power grab by President Morales that was roundly condemned by the United Nations secretary-general — the Association of Oil Palm Growers publicly announced its support for the commission’s expulsion. 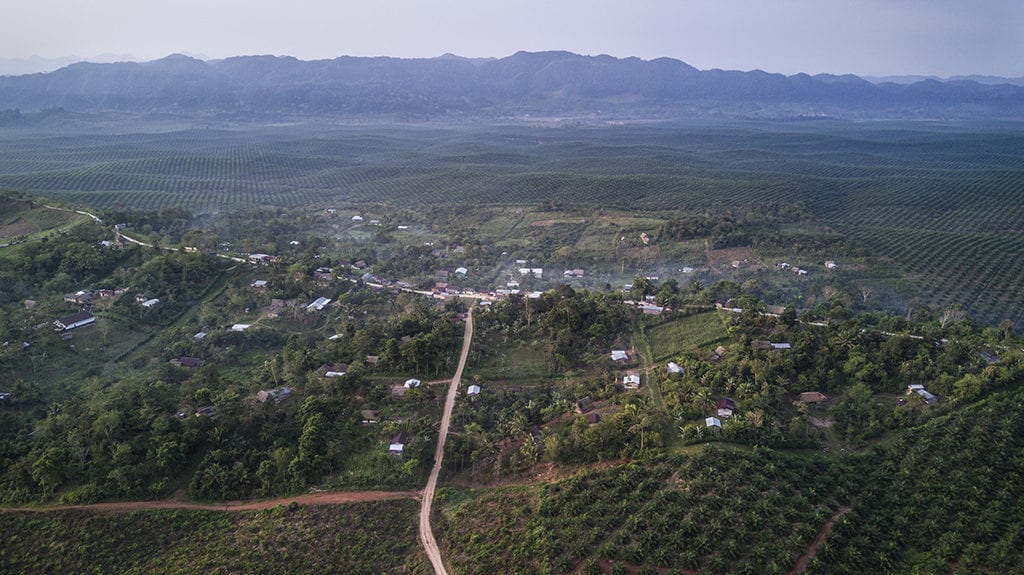 Since 2017, Morales has been engaged in a battle against the U.N. commission, which was investigating his alleged violations of campaign finance law as well allegations of corruption by many of his associates, including close family members. The commission has also helped the Guatemalan attorney general bring charges against Guatemalan military leaders for massacres of indigenous peoples, as well as for acts of corruption by Guatemala’s former president, Otto Perez Molina, and several business executives allied with Morales. All told, during its 11 years operating in Guatemala, the U.N. commission filed corruption cases that implicated more than 600 people, including prominent businesspeople and elected officials.

In January 2018, the commission’s investigation led to the arrests of three executives of Guatemala’s largest palm oil company, the HAME/Olmeca group, and its subsidiary REPSA. REPSA had earlier received international condemnation for a spill of toxic palm oil effluent that polluted the water and food sources of dozens of indigenous communities. In September 2015, when riots erupted following a court ruling of “ecocide” that ordered REPSA to temporarily suspend operations, Q’eqchi’ Maya leader Rigoberto Lima Choc was shot and killed. An international campaign ensued, which resulted in Cargill and Wilmar International — among the world’s largest palm oil traders — cutting ties to REPSA. Other companies, notably Nestlé, refused to accede to campaign demands, but finally cut ties with REPSA when the corruption scandal broke.

Palm oil is the fastest growing agribusiness industry in Guatemala. Along with mining and hydroelectric projects, it is a major cause of land grabs that displace indigenous communities. Palm oil companies have been heavily involved in Morales’ campaign to stop the U.N. Commission Against Impunity. In an indiscreet interview given by the Guatemalan businessman who lobbied the U.S. Congress against the U.N. commission, it was revealed that NaturAceites, a company that already benefits from RSPO certification, played a key role along with HAME/Olmeca in supporting the effort to oust the U.N. commission.

The consideration by the RSPO of increasing its membership in Guatemala comes at a moment when the human rights crisis in the country is becoming increasingly visible internationally, as Guatemalan migrants show up in record numbers at the U.S. southern border — many of them forced out by the expanding palm oil industry. Among the indigenous Guatemalans intercepted at the U.S. border was 7-year-old Jakelin Caal, who died in U.S. Border Patrol custody last December. As a recent Reuters article explains, “Jakelin Caal, who died in U.S. custody after succumbing to a fever, left her village in the municipality of Raxruhá with her father because he was struggling to earn enough to support his family as a corn farmer… While her father had not sold his land, others in the family have worked on palm plantations that surround their village.”

With an unfolding constitutional crisis adding to Guatemala’s woes and clear indications that the country’s largest palm oil companies are playing a lead role in escalating that crisis, the RSPO has an obligation to send a clear signal showing which side of the crisis it falls on.

Just a few months ago, the RSPO approved a revised set of principles for sustainable palm oil production that include the following:

In keeping with these principles, the board of directors and secretariat of the RSPO need to send a clear message to Guatemalan companies currently enjoying membership in the RSPO that they must comply with human rights norms, national laws and regulations, and international agreements. In order to responsibly address the unfolding political crisis in Guatemala, the RSPO should postpone the certification processes of all Guatemalan palm companies until GREPALMA and its members end their campaign to sabotage the U.N. Commission Against Impunity and desist from undermining the rule of law in the country.

This blog was co-authored with Jeff Conant, Senior International Forests Program Manager at Friends of the Earth, U.S. A version of this was published on Mongabay.