As a Jew, I understand the importance of a Jewish state. My people have been persecuted for our faith since Judaism was conceived nearly 6,000 years ago. In fact, much of our religion is defined by this persecution, with some of our most important holidays telling stories of discrimination, oppression, and suffering.

As my colleague, Ehab, wrote on Monday, “Gaza is one of the few places on Earth where your identity is your wrongdoing.” Or, to borrow the phrase coined by philanthropist Warren Buffett, Palestinians have lost in the “ovarian lottery.”

I think of the story of Sal, a young girl living in the West Bank. Her family has lived in a tent for the past 12 years after bulldozers destroyed their brick home, and all the houses in their community. Made of a concrete floor, metal poles, and plastic sheeting which serve as “walls,” the tent is far from waterproof. the family’s best efforts to keep them dry and warm, Sal and her siblings get wet at night when the rains are heaviest. 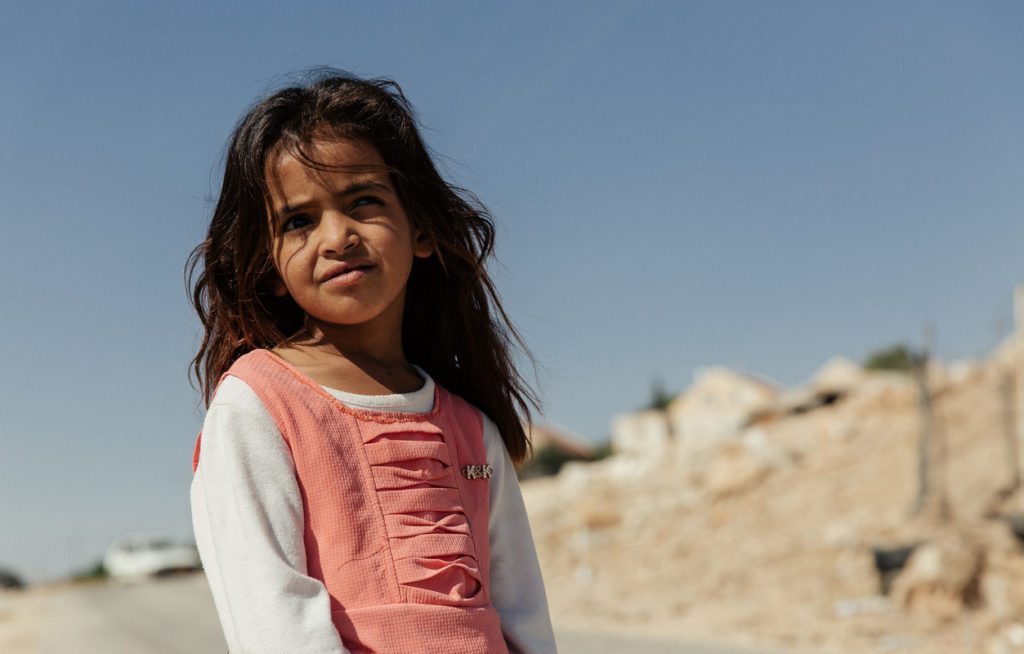 Sal and her family live in the West Bank and are facing a demolition order for their tent. [Alice Oldenburg/ActionAid]

Sal is now living with a new level of uncertainty: Last year her family received a demolition order from the Israeli army for their tent. At the time that Sal’s mother shared this story, the order hadn’t yet been carried out – which meant that their family woke up every morning wondering if that would be the day they would once again see their home destroyed before their eyes.

I had the opportunity to speak with someone a few years ago who shared a similar story. Just like Sal, she also had to fear for her life because of her ethnicity, and the place she was born. She too was stripped of a place to call home. And she was made to fear for her future.

That person was my husband’s late grandmother, Lotte Sternheimer (later Lorraine Stern), who took one of the last kinder transports out of Germany in 1938 when she was just 11 years old. She fled the Holocaust with her brother, and they became the only two survivors of their family.

I, on the other hand, have been privileged in my Judaism. I’ve always lived in places with large Jewish populations, and I’ve never felt particularly discriminated against. This has allowed me the benefit of choosing when and how I practice my faith. Yet, one core tenet of Judaism I’ve always carried with me has been the commitment to stand up for the inalienable rights of all humans.

In thinking about the Israeli government’s response to the peaceful protests in Palestine over the past week, and the 62 people killed and more than 2,400 injured, including eight-month-old baby girl Laila al-Ghandour, the term “Never Again” comes to mind. This phrase is associated with the post-WWII vow that never again must a genocidal act like the Holocaust be allowed to take place. Today, we must remember this declaration and return to our conviction in support of our brothers and sisters in Palestine.

Jews around the world have agreed that Never Again must mean Never Again for anyone – not just our own. Both the Israeli government and the U.S. government should hear our demands and end this barbaric violence.

Persist with the Palestinian people.

As Palestinians in Gaza keep demanding an end to the blockade and the right to return to their homes, they're also reeling from the Israeli army's violent response to their peaceful protests. Give now to fund emergency relief to the hospitals in Gaza.

Real Action to Keep the World Below 1.5°C