Why Feminism Matters for Food Security and Nutrition

For many people in the world, the link between women and food security is about the role women play in producing food, cooking for others, and caring for household members. The more women are well fed, the more they are able to undertake these multiple roles for the benefit of their families.

Yet for feminist movements and women’s rights activists, women are much more than that. Women are human beings with their own rights, and without the elimination of violence and discrimination, women’s food security will never be achieved.

Unless violence against women is eliminated, women’s food security will never be achieved.

Women are the most affected by food insecurity because they are the last to eat in the family. They have less access to natural resources and services, they bear the bulk of household chores, and they face discrimination and multiple forms of violence – all of which leave them economically vulnerable and food insecure. Respecting women’s rights means that women will be food secure, along with their families, because they will be free from violence, discrimination, economic injustice and disempowerment.

Rural women represent a quarter of the world’s population and make up the majority of small-scale farmers in the world. Yet they continue to face systematic and persistent barriers to the full enjoyment of their human rights. In many cases, conditions have deteriorated due to the persistence of discriminatory laws and policies, the lack of implementation of gender-sensitive laws, and the continuation of patriarchal structures fueled by social norms and customary attitudes. 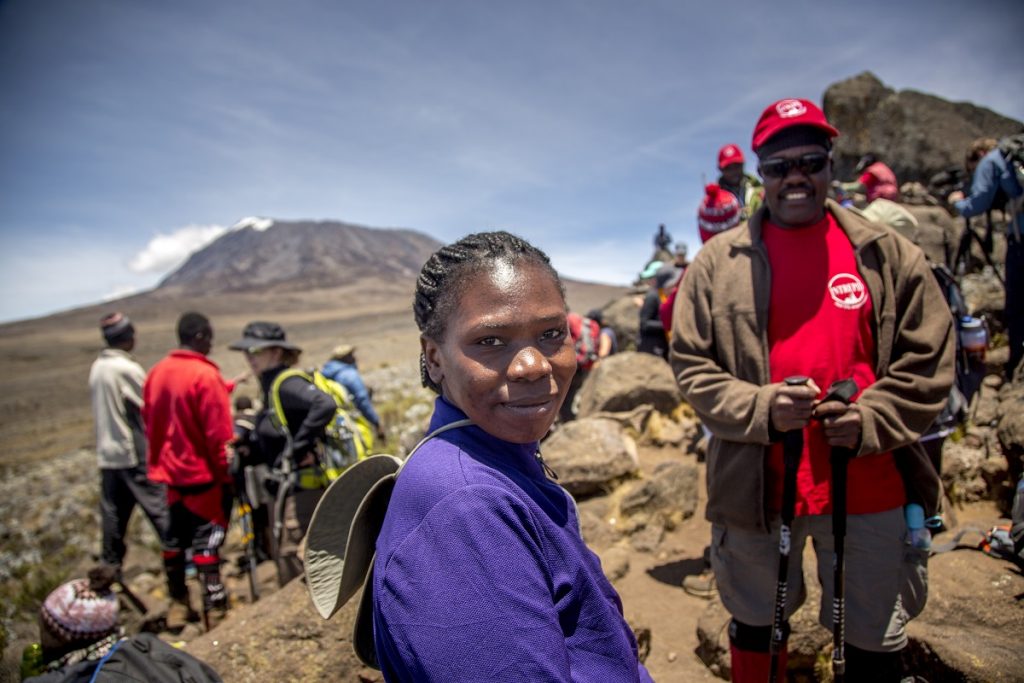 Taking a clear stance in favor of reforming the current food system, GR 34 promotes agroecology as the model to empower women socially and economically. The statement was a central topic of discussion this week at the Committee on World Food Security, a global space at the United Nations for discussing food security and nutrition. The Committee held a forum on women’s empowerment, with the purpose of looking into the persistent barriers to the empowerment of women and how GR 34 can advance women’s rights.

In the preparation for the forum, I had the privilege of working together with women from feminist movements, small-scale farmers, and indigenous women from all over the world, to bring the voice of the grassroots into the UN global space. Their feminist analysis concluded that the current neo-liberal economy builds on patriarchy, overexploitation of women’s paid and unpaid care work, and discriminatory access to resources and opportunities. Profit is being made on the shoulders of women who pay the most and get the least.

“We don’t want an adaptive agenda, we want to promote an alternative model of production and consumption.”

The current food system, which is characterized by increased market concentration and expansion of industrial agriculture, is a form of violence against natural resources and perpetuates violence against women. Women are forced off their land, criminalized for defending their land and their seeds and deprived of decent work conditions as farmworkers. For these women the solution is not to simply remove the barriers to the global market and integrate them into the industrial agricultural model. They want to be supported in their own way to produce and sell.

To achieve women’s rights, we have to move towards a new global food system where women can control what they produce and what they sell in the local markets, where unpaid care work like cooking and cleaning is recognized, and where public services are safe and accessible and reduce the burden of unpaid care work. By getting rid of harmful chemicals like fertilizers and pesticides, agroecology allows women to be less dependent and also benefits their health, income and soil fertility.

“We farmers do all the work in the field. We go through a lot to make sure we put food on table for our family, [our] communities and the world in general. But in the end we are not there to enjoy the fruits of our hard work. We are not recognized as the key players of food production in the world. If we [want] to eliminate hunger in the world, we need to have secured tool[s] women need to be empowered and recognized. We need to make sure we eliminate the barriers and challenges that burden women farmers.”

Women must be granted equal rights to so that they can access and control their land and seeds, take up leadership roles and enjoy decent work conditions and living wages. Governments must recognize all women’s rights and also support feminist movements and grassroots associations to bring forward their demands.

Women are agents of their own development and empowerment, if they would be ensured respect and equal opportunities to fully unleash their potential.

Standing Up for Civic Engagement, from the US to Uganda

One Year After Hurricane Matthew