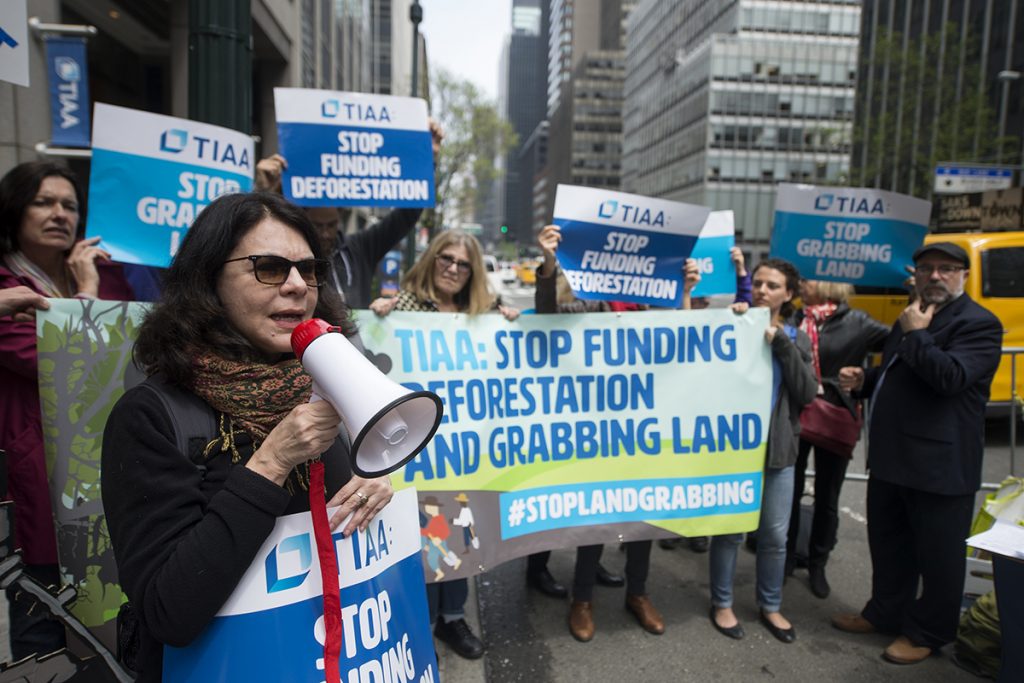 The financial firm TIAA is one of the largest* pension funds in the U.S. and has built a reputation for social responsibility. Yet it is buying farmland in places where land grabbing and fraud are widespread, both in the U.S. and in countries like Brazil. These land deals are destroying the environment and contaminating water sources in one of the most biodiverse regions of the world, the Brazilian Cerrado.

*TIAA is the largest investor of farmland in the world, with almost 2 million acres of farmland on four continents worth as much as $10 billion.