There Is an Alternative to Ethanol and Agribusiness in Rural America

Late last week, outgoing Secretary of Agriculture Tom Vilsack told Bloomberg that corn ethanol is not going anywhere in a Trump administration because “too much rural infrastructure is set up for it.”

After almost 10 years of the Renewable Fuel Standard (RFS) mandate being in effect, Vilsack claims that corn ethanol production has become a central part of the rural agribusiness economy. 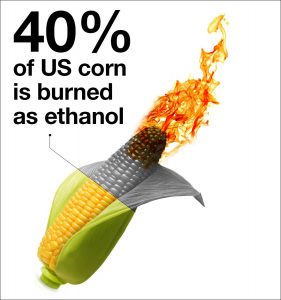 Whether or not it’s too late to stop the corn ethanol industry, the main takeaway from Vilsack’s comments is how much agribusiness interests dominate rural America and how marginalized the voices of family farmers have become. Its backers claim that the RFS is a jobs program and a farm support program, but corn ethanol leads to the expansion of the industrial agribusiness model of agriculture that has led to the loss of millions of farmers in the past decades and to poverty and economic and social crises in rural communities across the country.

Nor is U.S. biofuels policy an attempt to combat climate change. Instead, it is a favored program of large agribusiness corporations because it creates a new market for the chronic surplus of U.S. grain. Currently, farmers in the U.S. are in crisis because prices for cash crops are at historic lows. In fact, many analysts have looked to the current farm crisis as a source of many of Trump’s voters. Family farmers need real support to ensure fair prices and to help them take care of the soil and water, but unfortunately, Trump is filling his team with agribusiness representatives who are already working to dismantle these kinds of programs and are instead pushing farmers to exploit more and more from the soil.

Changing U.S. biofuels policies and creating the kind of agriculture that is good for people and the planet will mean amplifying the voices of family farmers speaking out against agribusiness domination.

Tom Vilsack is telling rural America that “there is no alternative” to agribusiness in the Midwest. But we are listening to farmers like Mike Callicrate, who is telling his fellow farmers that they “should raise less corn and raise more hell.”

I’m Alarmed at How TIAA Is Investing My Retirement Funds

Staring Down the "Black Snake" at Standing Rock