This project is part of the G7’s New Alliance and is the proto-type for their “win-win” strategy for investors and farmers – the idea that big companies will provide the investment for large plantations that will provide jobs to African farmers. However, during my visit to the plantation and a neighboring village, I realized that media reports praising the project overlooked some serious issues, which have come to light in a new report by Oakland Institute, Greenpeace, and Global Justice Now.

The land taken over by the British company Agrica, had previously been appropriated by the Tanzanian government to start a large state rice farm with assistance from North Korea. That project was abandoned in 1993, and over the next 25 years villagers began to farm it, following customary practices regarding land-use. They were joined by families from other parts of Tanzania, since farmland in the fertile Kilombero Valley is in high demand.

In 2009, the government stepped in and ordered the families off the land and Agrica paid $6-17 dollars per acre in compensation – well below the actual value of the land. Agrica negotiated that each family would receive 3 acres of land in the neighboring villages and the company would build small houses for each family.

While these houses were made of more permanent materials than the ones most families had previously owned, researchers learned that the displaced families felt the houses were not constructed to suit their needs, were too crowded together and susceptible to flooding. Some said that the farmland was of poorer quality and did not meet their needs now that they were more crowded together.

The “win” for the neighboring villages and displaced families was supposed to come largely from an out-grower scheme where local farmers would learn farming techniques, get access to credit, and sell their produce to the big farm. This scheme was heavily subsidized by USAID support for farmer training.

Large companies were brought in to introduce the smallholder farmers to their products, including the fertilizer giants Yara and Syngenta for pesticides and seeds.

The program was supposed to be the major benefit to offset the loss of land, meaning that US taxpayer dollars are being used to compensate for the land grab by the British Company Agrica.

One aspect of the out-grower program has been a success; many smallholder farmers began achieving much higher yields than the large farm itself. However, because of the high cost of the new fertilizer and chemicals, a large number of farmers defaulted on their loans.

Many farmers were dissatisfied with the company contracts, and did not wish to sell their produce through the company. The company reported it was losing money on the out-grower scheme and its overall business, stating that it will be unable to make a profit unless Tanzania protects its market from cheaper rice imports.

The Oakland Institute report agrees with what I saw when I visited the project. The giant rice farm is simply a bad idea. The small-scale farmers cannot benefit from Agrica’s large-scale mechanized technologies, because they were learning a different technique called Sustainable Rice Intensification based on transplanting rice by hand with careful spacing that produced higher yields.

In contrast, the large farm had highly variable and lower overall yields on its acreage because the soil varies greatly. They may be damaging the environment by creating treeless fields, leveling the natural contours, and spraying chemicals by air.

If Agrica puts the whole farm under irrigation it’s likely to have major consequences elsewhere, as they will be using a lot of water from the local river. Smallholder farmers are able to choose the most appropriate soils for rice and to grow a mix of different crops and livestock. They can make better use of the environment, by having some areas grow trees, and leaving others fallow, with the potential of higher yields with good management. They don’t necessarily have to use chemical fertilizers and pesticides; just as the original model for Sustainable Rice Intensification did not use these, but increased yields through plant spacing and other agro-ecological techniques.

New Alliance donors continue to support Tanzania’s Big Results Now program which calls for 10 more rice mega-plantations like Agrica’s. This is a dangerous plan that will displace people, reduce the number of farmers, decrease the diversity of crops, and put food security at risk.

The idea that outsiders should come in and take control of the natural resources, supposedly for the greater good, is repeating a model that history has shown doesn’t work. If public and private investment went to building small farmer cooperatives and strengthening knowledge exchange and research on agro-ecological methods, rather than funding the New Alliance, the future of the world’s food supply would be more secure, and there would be fewer land conflicts. 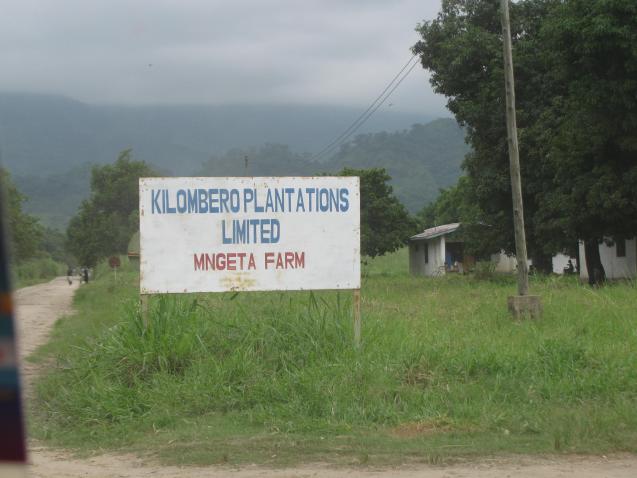 The entrance to the Kilombero Plantation 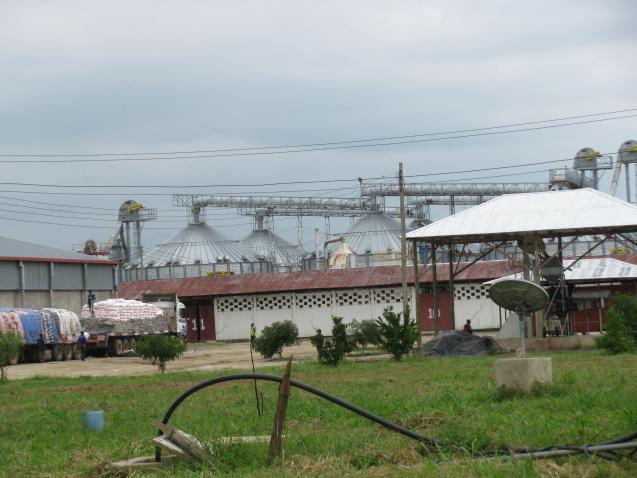 Inside the Kilombero Plantation in Tanzania

The Dirty Side of the Agribusiness Industry