Driving out of Cox’s Bazar towards the border with Myanmar, the first thing that hits you is the sheer number of people.

In the last three and half months, more than 600,000 Rohingya people have made their way to this part of Bangladesh, fleeing violence and intimidation that the United Nations and governments have described as bearing the hallmarks of ethnic cleansing.

To put that into perspective, it’s equivalent to a doubling of the population of Washington, DC, in an area half the size of the District of Colombia.

In the space of a few months, an area of rolling hills and forest land has been transformed into a sea of small shacks made from bamboo and tarpaulins. These simple structures, flimsy though they are, offer a sense of security to a people who have been called the most persecuted people on our planet. 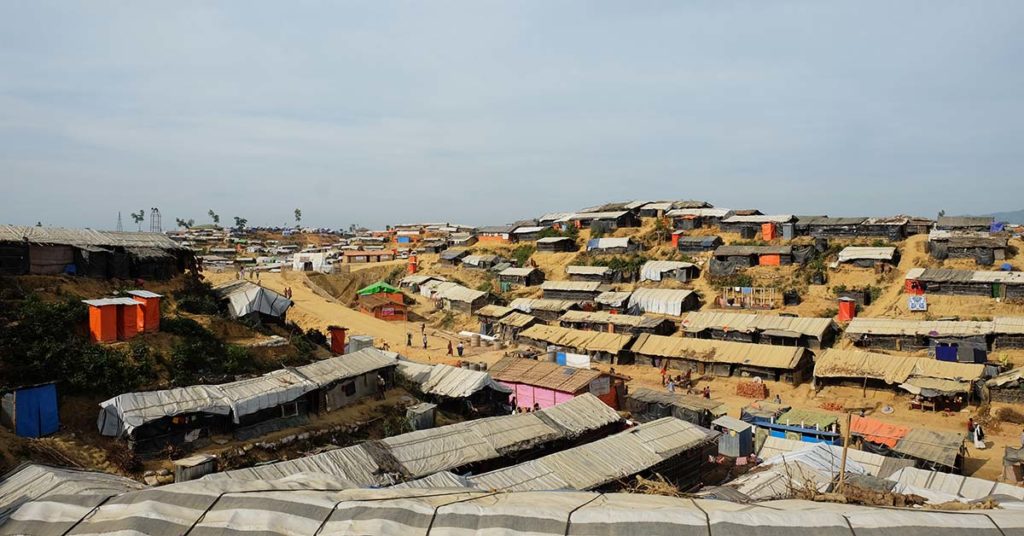 When the crisis started, organizations like ActionAid moved quickly to get support to people who needed it most.

We’ve built toilets and bathing areas for women within the camps. Many of the women I met told me that in the early days one of the major concerns was their safety and security. They had to walk a long way to get water and would then bring it back to their houses to bathe.

But the water needed to be boiled, and many women got scalded by the warm water as they washed in their houses. Even a trip to use the toilet was dangerous. Women faced harassment and intimidation on their way to and from the toilet, and wouldn’t even consider going out at night.

Now, they have toilets and bathing facilities near their houses, and they told me they feel that much safer. 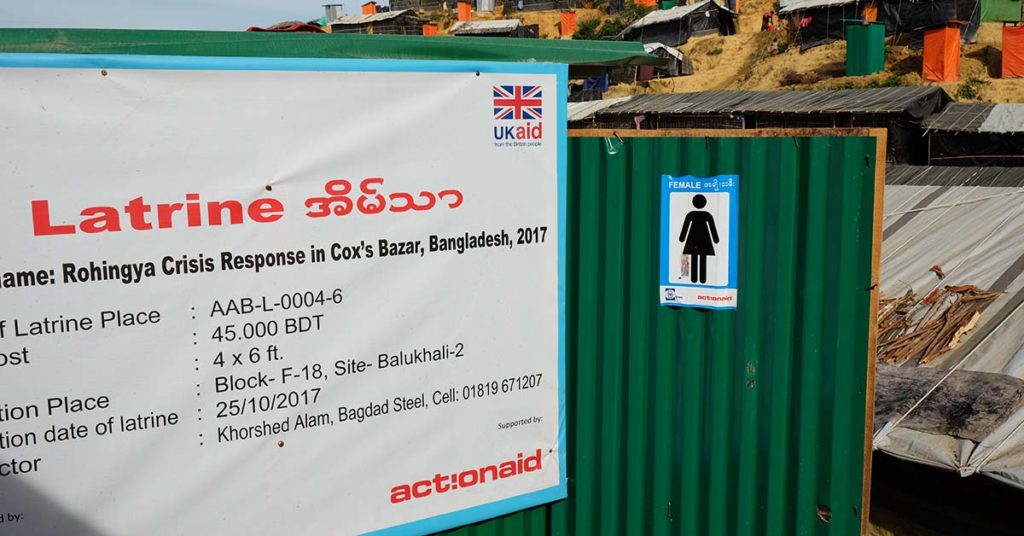 The ActionAid Bangladesh team has also set up two women friendly spaces, with a third due to open shortly. These are places within the camp where women can come and see a paramedic who can help them with any health issues they’re experiencing. They’re also areas where women can get counseling for the horrific experiences they’ve been through.

Many Rohingya women have seen loved ones killed and some have been raped. At the women friendly spaces, they can come and talk to a trained counselor about what they’ve been through and make friends with other women – something that’s really important when you’ve been forced to flee everything you know, leaving friends and family behind.

These services, made possible by the generous support of people in the US and around the world, make life in the Mainnerghona refugee camp a little better for many women. But they’re worried about what the future may hold.

With continued attacks by the Myanmar army against the Rohingya people, it’s not safe for the Rohingya to return. Their homes in Myanmar’s Rakhine State have been razed to the ground, with an oil pipeline and other economic development plans replacing them.

With China, Russia and India – all influential backers of the Burmese regime – refusing to condemn the action of the Myanmar government, it’s unlikely that a solution will soon be found.

Winter is fast approaching and after that, the rainy season. The quickly built shacks in the camp will offer little protection against the cold, and the risk of diseases spreading will increase. And that’s why we need your support.

ActionAid Bangladesh will be providing warm clothing for the Rohingya people for those cold winter months and their amazing staff will keep providing health advice to women within the camps.

If you can, please consider clicking here to support this vital work.

More than 900,000 Rohingya people are seeking safety in Bangladesh after fleeing persecution in their native Myanmar. ActionAid is on the ground delivering food, emergency shelter items such as tarpaulins, clean water, and hygiene kits to support Rohingya families. Make a secure, tax-deductible donation today to help us reach more people faster.