In the midst of seemingly hopeless circumstances, a group of farmers in Haiti rose up to defend their rights – and won.

It’s been nine years since an enormous earthquake hit Haiti’s capital, Port-au-Prince, killing 316,000 people and displacing 1.5 million more. An outpouring of international donations totaling $9 billion was pledged to Haiti with the promise to “build back better”. Since that time, we’ve borne witness to both the strength of people who were affected and, unfortunately, the imperial impulses of international institutions and the United States. As we remember the devastation caused by the earthquake, we celebrate a collective of farmers called the Kolektif Peyizan Viktim Tè Chabè who, in the midst of seemingly hopeless circumstances, stood up for their rights and won.

On December 8, 2018, the Kolektif, representing almost 4,000 people affected by land grabs, reached a historic agreement with the Haitian government and a development bank. As part of the agreement, the farmers will be provided land, agricultural training and equipment, and job opportunities, as well as support for micro-enterprise focused on women. The magnitude of this victory cannot be overstated.

“We have written a page in the history of Haiti. This is the first time that Haitian farmers have stood up and been listened to.”
– Milostene Castin, Coordinator of AREDE, the local organization supporting the farmers

The Kolektif meets to discuss the details of the final agreement. Photo: Accountability Counsel

The events leading up to this moment reach back to the year after the earthquake. In 2011, the promise to help Haiti build back better became impossible to keep when the U.S. used a large portion of donations to back the construction of a huge industrial park near Caracol – in one of the most fertile parts in Northeast Haiti.

The project forced more than 400 farmers to lose their land and livelihoods. With only a few days’ notice, farmers didn’t have much time to organize and saw their crops replaced by concrete. They weren’t properly compensated for their loss of land and crops. Women were disproportionally affected by the loss of their land, as they had no other way of providing for their children. Girls had to leave school when their families could no longer afford to send them. There was also an increase in reports of violence against women.

The decision to cover fertile land with concrete proved even more controversial when food insecurity in Caracol rose, due to severe floods and the destruction of land that had been used to cultivate food for the region.

According to the U.S. State Department’s projections, the park was supposed to provide 65,000 jobs to Haitians. Eight years after the earthquake, it was supplying just over 12,000 jobs, with most of the employees earning a minimum wage of $5 a day. This wage is entirely inadequate for families to meet their daily needs.

Working closely with ActionAid Haiti and local partners, the farmers and their families banded together to form the Kolektif. They offered support to each other and worked daily for justice. All of the work that went into negotiating the December 8 agreement included meetings with the government and the Inter-American Development Bank. The farmers and their advocates, including the non-profit legal organization Accountability Counsel, shared the devastating impacts of the Caracol Industrial Park and technical surveys to show how much they lost to the park.

“ActionAid, in its effort to support communities, found the Kolektif to be a model of resilient community organizing, with women and men at the center of defending their own rights. We are privileged to accompany and continue working in solidarity with these communities.”
– Yolette Etienne, Country Director of ActionAid Haiti 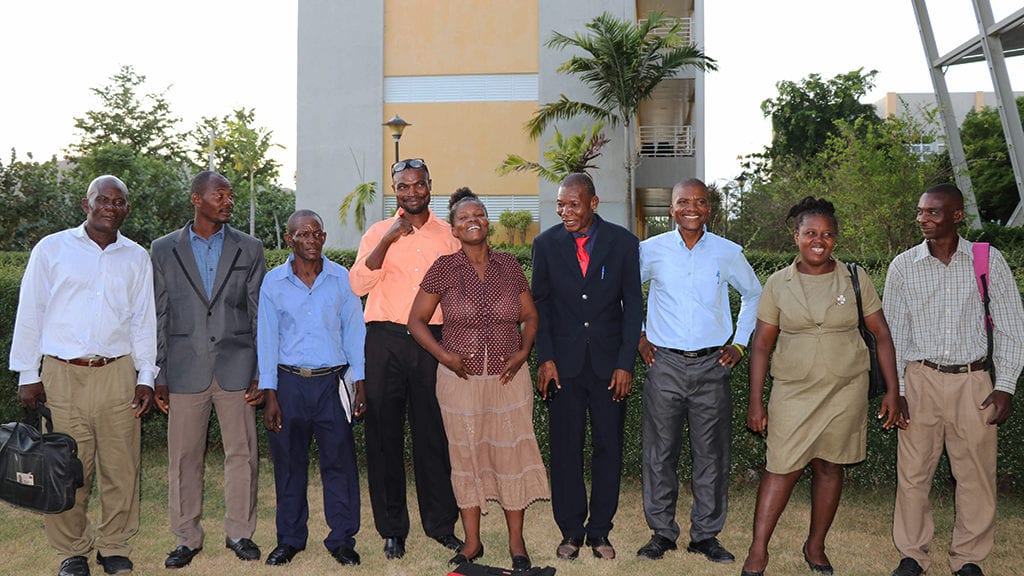 Members of the Kolektif and their advisor celebrate after signing the agreement. Photo: Accountability Counsel

In the coming days, months, and years, we’ll be looking to Haiti to see how the implementation of this agreement will play out. While nothing can truly replace the land and homes destroyed by the Caracol Industrial Park, the families knew their rights. The Kolektif worked to reach an agreement with their government and the IDB that supports the needs of farmers in their community. Their struggle – and victory! – is a powerful model for grassroots organizing. Corporations and imperialist governments will not get the last word. With strength and courage, this group of Haitian farmers is changing their communities – and the world – for the better.

U.S. Policies at the Border and Beyond Killed Jakelin Caal